About the energy of emptiness

Observations about the work of Jaildo Marinho

The figurative arts must always confront the paradox that, ultimately, serves as their foundation: in painting or in sculpture, they represent, or rather, make present something or someone that is absent. In some way the very absence of that which is represented, the fact that every evocation insists, begrudgingly, upon the absence of the object, is what constitutes the significance, the joy and pain of representation. Whoever evokes presence underlines absence.

This is what serves as the foundation of Jaildo Marinho’s work, as well. Each of his pieces presents a new organization of sculptural elements arranged, as if they were satellites, around an emptiness or an absence that is in some way an origin.

Contrary to the physical sciences, our philosophical tradition is not very familiarized with reflecting on emptiness, a concept fundamental to Taoist thought.

Emptiness, however, is not absent from our daily experience. We immediately sense how the empty wine glass evokes the scintillating colors of wine, the exhilaration of shared friendship and the water that quenches thirst. Antoni Tàpies reminded us that the drawing of a chair evokes in our memory the work of the artisan that built it, the tired body at rest, the absence of whomever had for a long time occupied it, and an infinite number of other sensitive universes. The chair’s emptiness, as that of the wine glass, is filled with our expectations, fertile with the opportunities life offers and denies us. This dialectic of fullness and emptiness constitutes the very essence of experience, and at the same time forms the original principle of sculpture.

In the 20th century, tension between fullness and emptiness became increasingly more essential for sculptural expression. Archinpenko, continuing the lineage begun by the cubists and the Russian constructivists, modeled space through color. The experimentation of Antoine Pevsner and Henry Moore bestowed, in turn, full expressive force upon emptiness. And finally, it was Lucio Fontana who transposed the issue of the third dimension in painting when he opened, with a slash of a knife, a great emptiness in the colorful surface of a canvas.

Jaildo Marinho inscribes his work within this complex tradition, concerned with producing a variety of spaces that construct themselves around an emptiness and resonate with the tension between it and themselves. As familiar with theorists of Gestalt as of the Bauhaus, and holding great admiration for the work of Jésus Soto, he learned that the emptiness seperating two colors modifies our perception of surfaces, of depths, and of values. In Mallarmé’s poem “Un coup de dé” [“A throw of the dice”] the interval between two words gives them new significance, investing the interval with its own rhythm and singularity. Similarly, Jaildo’s canvases organize formal and chromatic devices that become richer through simple variation or contrast.

It was in order to give these contrasting harmonies their full value that Jaildo dedicated himself to what can be described as combinatory art based on displacements and permutations. Surfaces, volumes, and colors react reciprocally, creating a field of optic tension in which the poetic force of the materials is expressed.

Provided, of course, that we feel the material appears here in all its complexity. Marble, white or black, the most resistant and lasting of materials in which dedications are engraved for eternity, gives its artistic and symbolic value to the presence of its opposite and complement: the emptiness that digs its groove into the smooth surface. Similarly, the signs marked on the white page show that the fullness of meaning can only be registered on the virgin canvas that is silence and white.

Modern physics, at the very moment in which Mallarmé wrote his poem, familiarized us with the notion that, rather than being nothing, emptiness is an energy

For all its rigor, the geometry in which Jaildo Marinho’s art evolves is not, at least in appearance, propitious to the ambivalence of forms. However, in his work no form is ever isolated but multiplies itself, joining with other figures to become an ensemble that includes even the base, which often plays a role of primordial importance, and ends up forming a configuration similar to that formed by words in a phrase. Each element reacts in relation to the others. Between fullness and emptiness develops the range of variations, the metamorphosis of phenomena.

This ability for forms to group together underlines the collusion between Jaildo’s work and architecture; it too rests its integrity on the art of combining the full and the empty.

Jaildo’s fine installation recently exhibited on the façade of the Bibliothèque Historique de la Ville de Paris, testified to the pertinence of this comparison.

The frames he installed around the windows of the building, as if they were colorful moldings, signify much more than an overlap of orthogonal figures within a rigid architecture. Through the symbolic power of the frame they transform the windows’ mirror surface into a canvas that reflects the city, all of a sudden, as it is animated by a multifaceted spectacle. In moving about, the visitor multiplies these tenfold, making the sky intervene in the reflective background of these strange skylights. By the simple fact of their being, suddenly, provided with a frame, the windows become mirrors in which the adventures of the world can be projected. For an instant, they escape the architecture in order to become a secret theater of the atmosphere and of the crowds. In allowing itself to be seduced by the solidity of the cube, modern architecture lost part of its charm, that which resides in the play of shadow created by the angles, recesses, and openings that perforate its surface. All of these spaces open, each in its own way, the door to mystery, transforming the city into a pleasurable site for the poetic wandering of the flâneur.

Since far back in Antiquity, shadows have elicited mythological ensembles from which emerge a variety of heroic figures: Orpheus, for example, is appreciated particularly by artists and poets. In our cultural memory, Orpheus occupies the place of the one whose song is developed at the border between day and night, life and death. He draws, from his lyre, sounds that both charm the world and condemn him to misfortune; the vibration produced in a paradoxical space between the frame and the chords of his lyre bewitches the imagination and gives him his fatal beauty.

Jaildo Marinho’s paintings impress me with the presence of a form equivalent to the chords of Orpheus’ lyre. Between the fixed sides of his structures exist tense lines like harmonic chords that weave the visible and musical potency of tension. In his time, Antoine Pevsner had constructed sculptures made from simple threads stretched over supports, like chords on a harp, as if the emptiness carried within itself the announcement of a surface to come, one he called a developable surface.

In Marinho’s work, these lines reappear in numerous sculptures as open grooves in the marble’s surface. When they play upon a field marked by an alternation of hollows and protrusions, we believe ourselves faced with an actual landscape, captives of a geography that is imaginary and yet evokes an ancient memory. It is the vestige of the bull or the horse that scratches the fertile wound of the ploughshare into the desert of an earth that is still virgin and, nevertheless, already pregnant with future germinations.

The surface of the ground crossed over by grooves announces the fertility of emptiness and an overcoming of want. It is then that emptiness becomes charged with positivity, unfolding in its metaphors as well as in the spaces of art the richness of its potential.

In a work totally bounded by modular geometric forms, such an occurrence is rare enough for the fact to be emphasized. In this sculpture, finally, the play of surfaces that are in the process of becoming produces that which is its destiny: the figuration of life in its original symbol. The seed, here, is also the matrix, which in itself evokes the totality of the cycle of life. 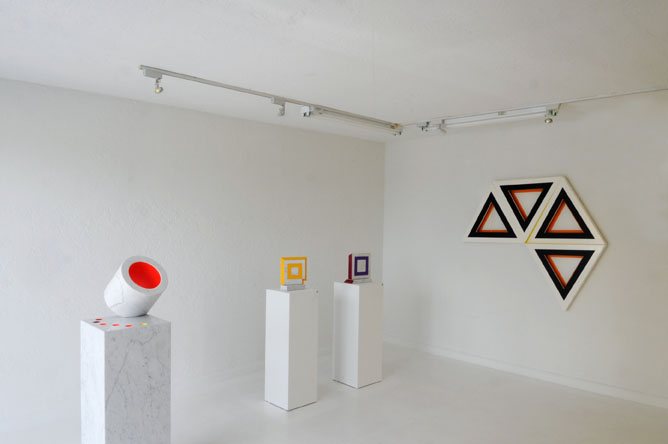 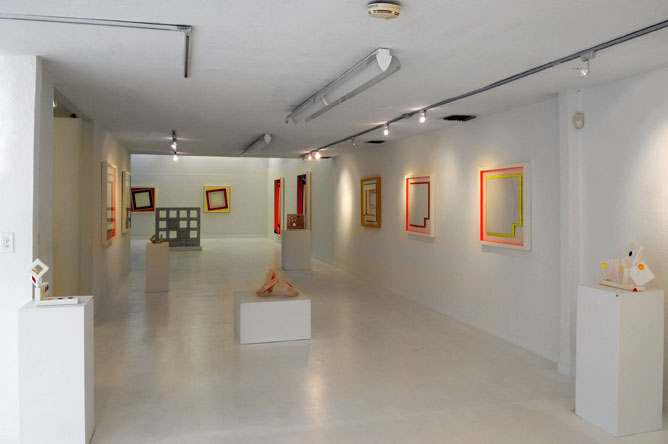 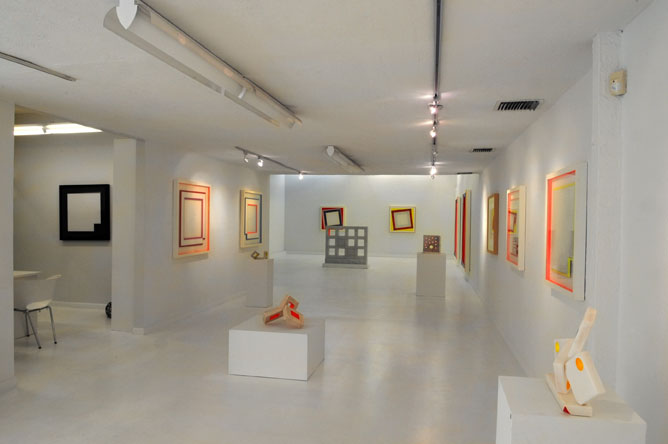 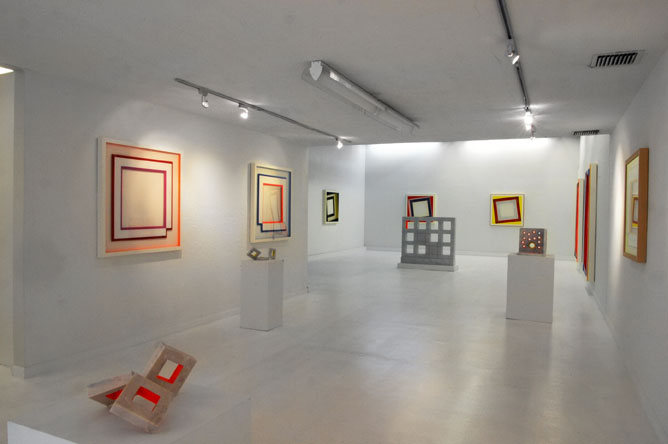 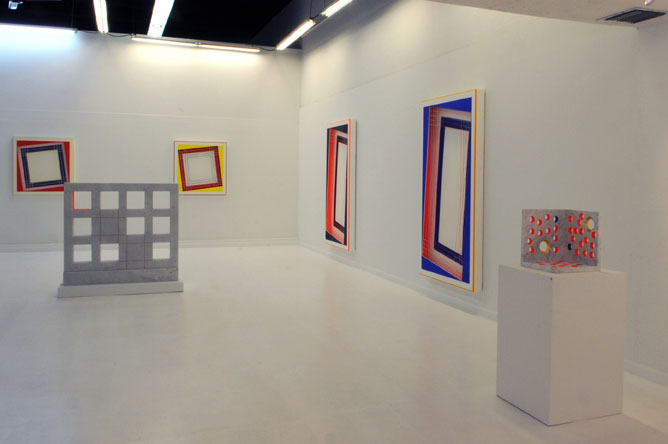 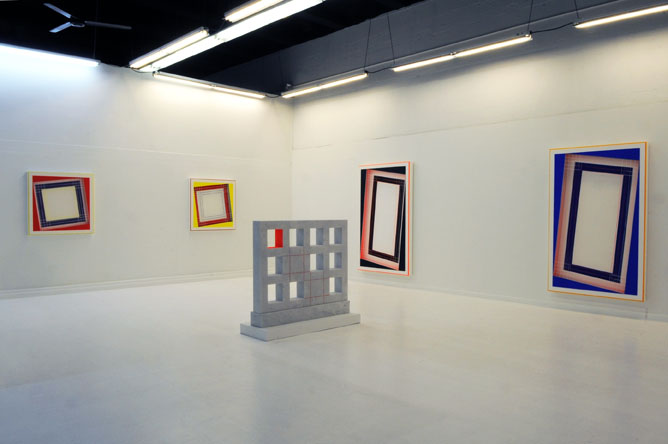 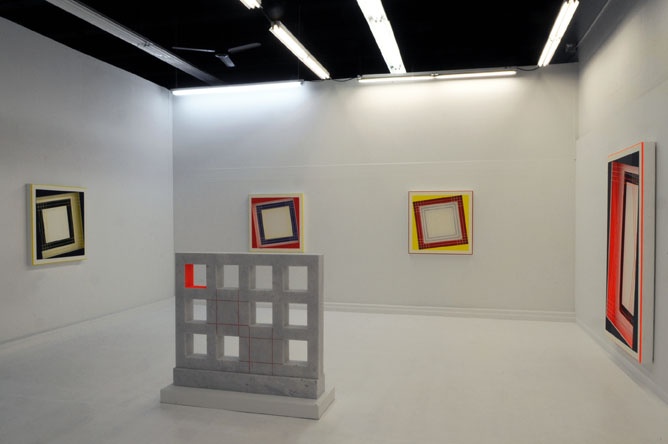 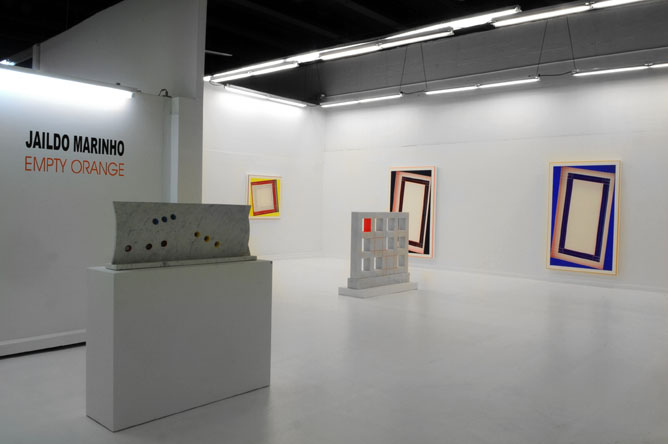 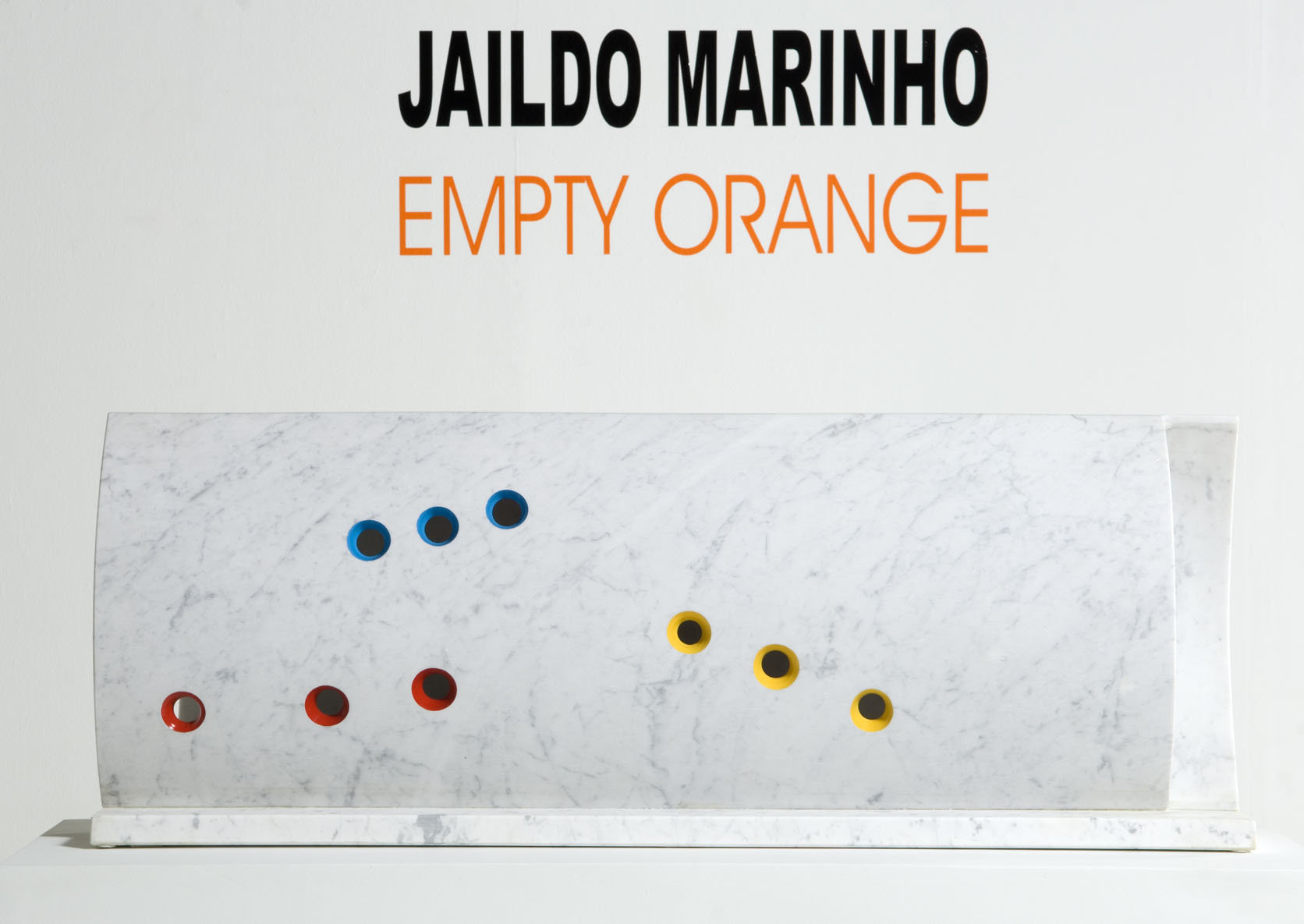