“The series Columnas Policromadas represents a milestone in Manaure’s geometric work, and it is considered a synthesis of his entire trajectory in abstraction”. Belgica Rodriguez
A polemic man and artist, Mateo Manaure is considered one of the most prolific national artists to create works for public spaces in Venezuela. He was one of the founders in Paris of the polemic group The Dissidents altogether with Alejandro Otero, Pascual Navarro, Oswaldo Vigas, and Narciso Debourg. In 1949 Manaure returns to Venezuela with the goal of disseminating the aesthetic of geometric abstraction.
The essential mission of The Dissidents is to re-define the themes and features of Latin American culture from its roots. This “creed” shall guide Manaure’s path, and from a theoretical stance he was to become one of the most intelligent and clear voices to portray the philosophy of the new tendency, and from a practical stance, he applied himself to activities geared at projecting avant-garde abstractions as a way to make universal art in Venezuela. Towards the mid-1940s Paris was considered the most cutting edge city to explore the arts, this is the environment where Manaure expresses an interest in the theories set forth by Kandinsky and other artists.
From 1952 to 1954 he collaborates intensely with the architect Carlos Raul Villanueva in the project to design Caracas’ Ciudad Universitaria and the concept of integration and synthesis of the arts. The Ciudad Universitaria was declared World Heritage Site by UNESCO in 2000 as a masterpiece of architecture and urban planning. Most artists, Venezuelan and international that were invited to participate in this project actively pursued abstraction, either geometric or organic, considered avant-garde at the time. Manaure’s murals live in harmonic relationship with those of other well-known artists as Alexander Calder, Victor Vasarely, Alejandro Otero and Fernand Leger.
Manaure also worked with Villanueva in other urban projects as the exterior walls of the popular “23 de Enero” development. But following a raid by the political police of Marcos Pérez Jimenez (1952 – 1958), a dictator that he ferociously opposed Manaure was imprisoned together with other art critics and poets of the Sardio group.
Both his left-leaning ideas and his artistic concepts were the object of serious controversies in the country’s cultural medium. Until today, he holds the opinion that an artist must have social sensibility and, as such, be connected with the problems facing those who are less privileged, ideas which he expresses in multiple essays and interviews.
“Manaure’s abstract-geometric murals of intense colors and well-defined lines demonstrate a clear artistic , rational and emotional vision which arrives at an extraordinary symbiosis of the work of art, the architectural space, the surroundings, nature and the city. He made use of this same vision to create Polychromed Columns, small format murals and a major synthesis of his artistic beliefs, strongly anchored to a demanding and solid practice that enables beauty by combining light, line and color”. Bélgica Rodriguez.
*Apropriation and excerpts from Bélgica Rodriguez’s Essay: Origin and Continuance 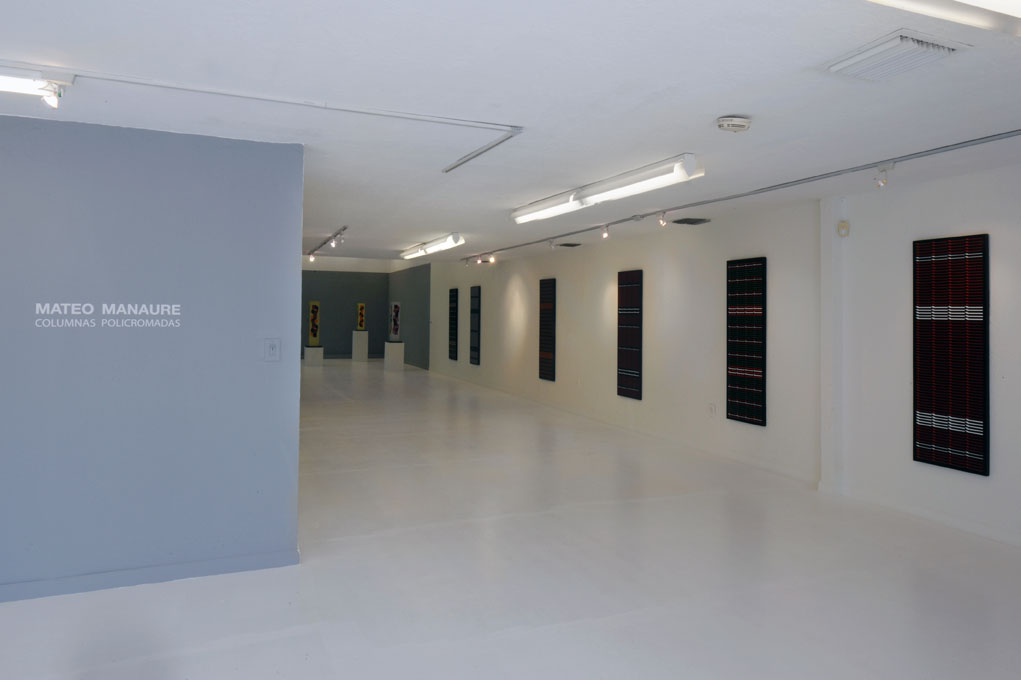 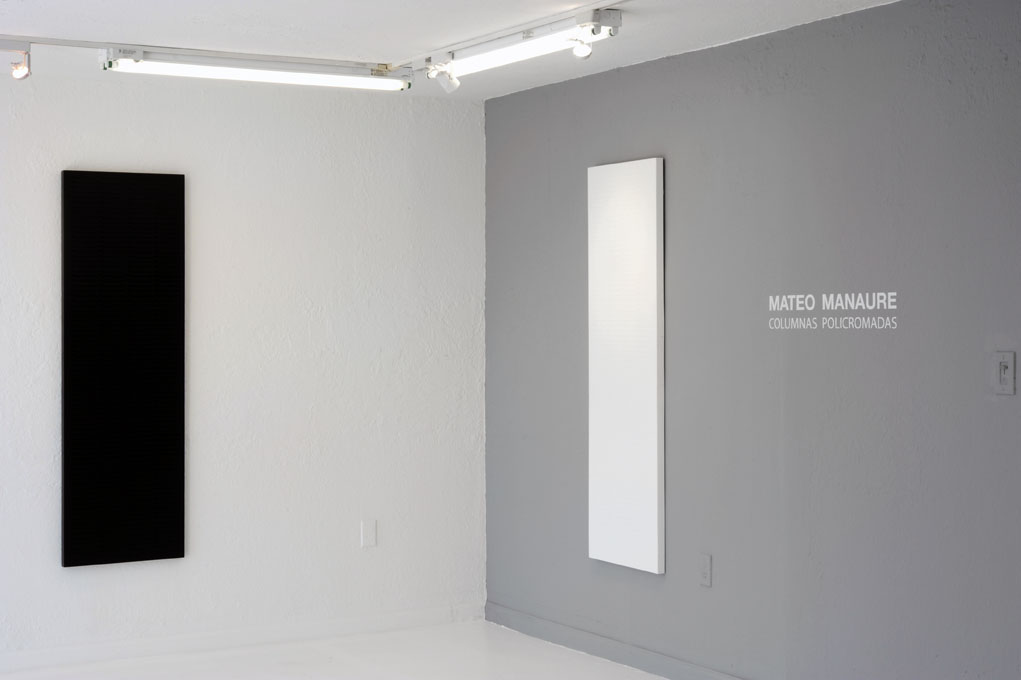 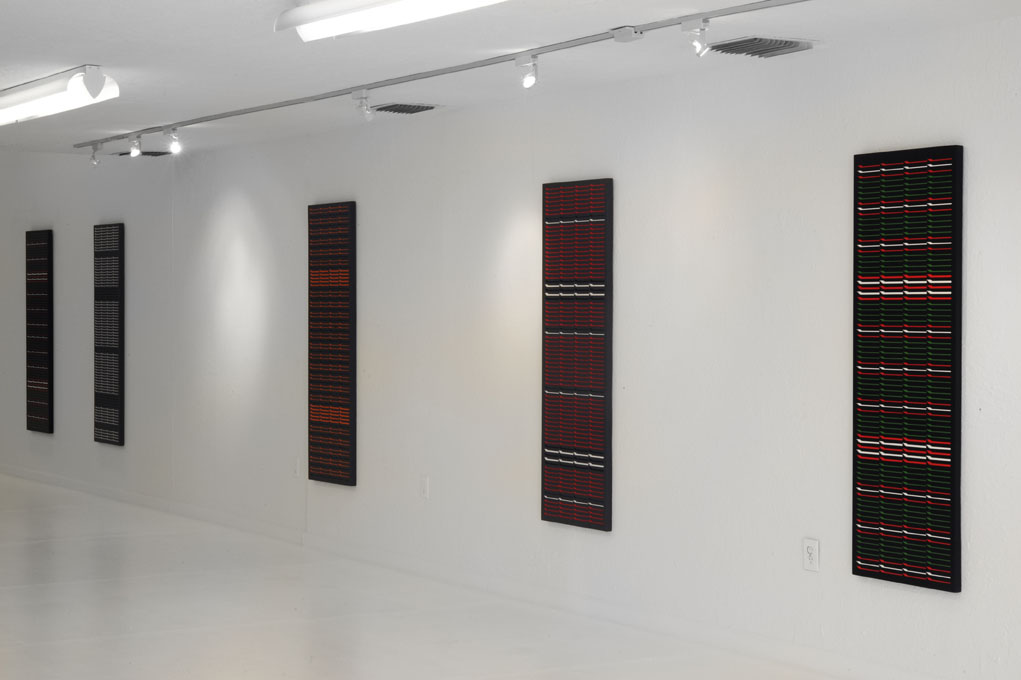 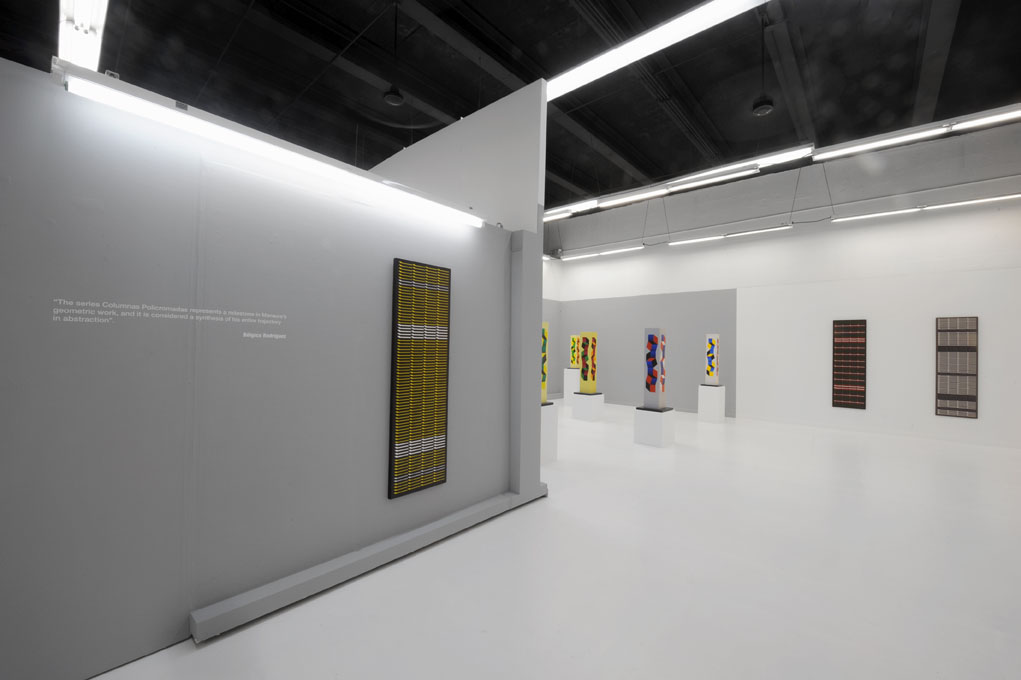 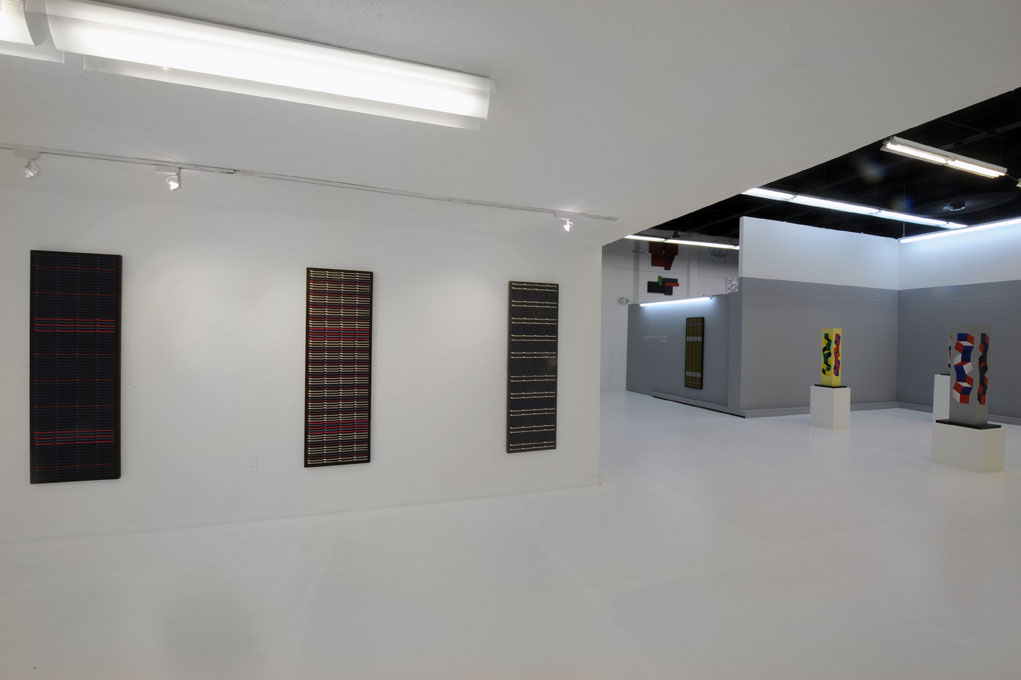 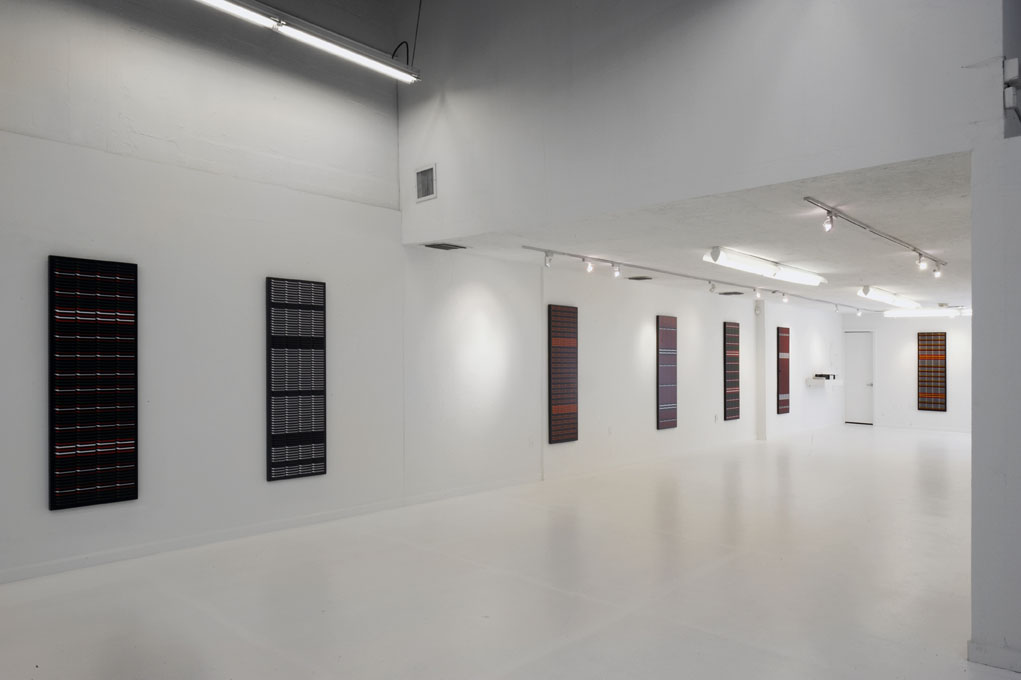 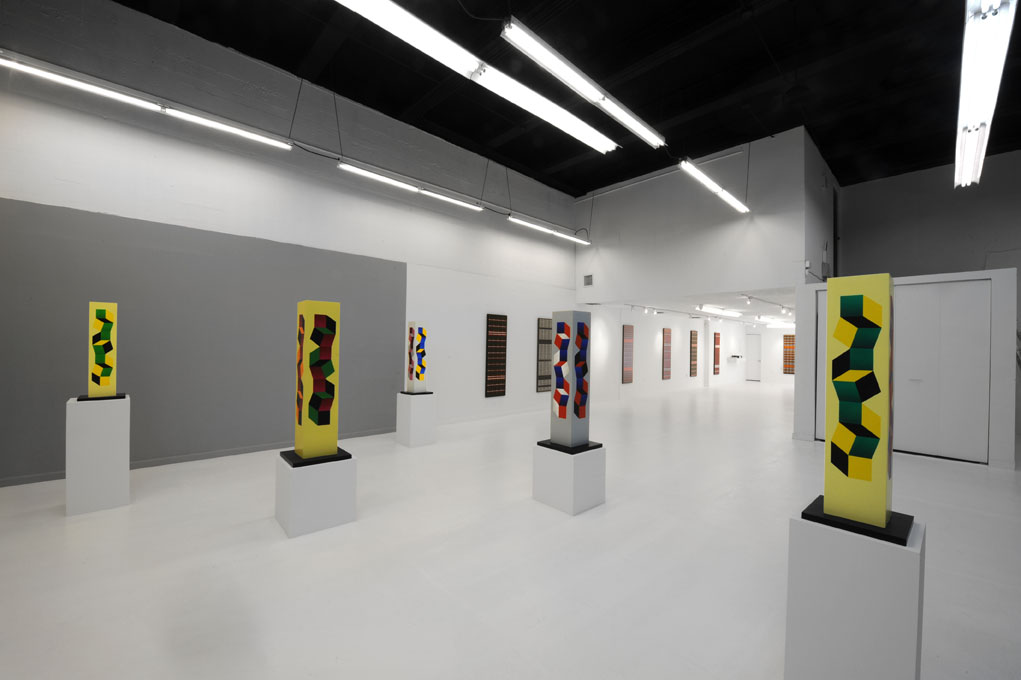 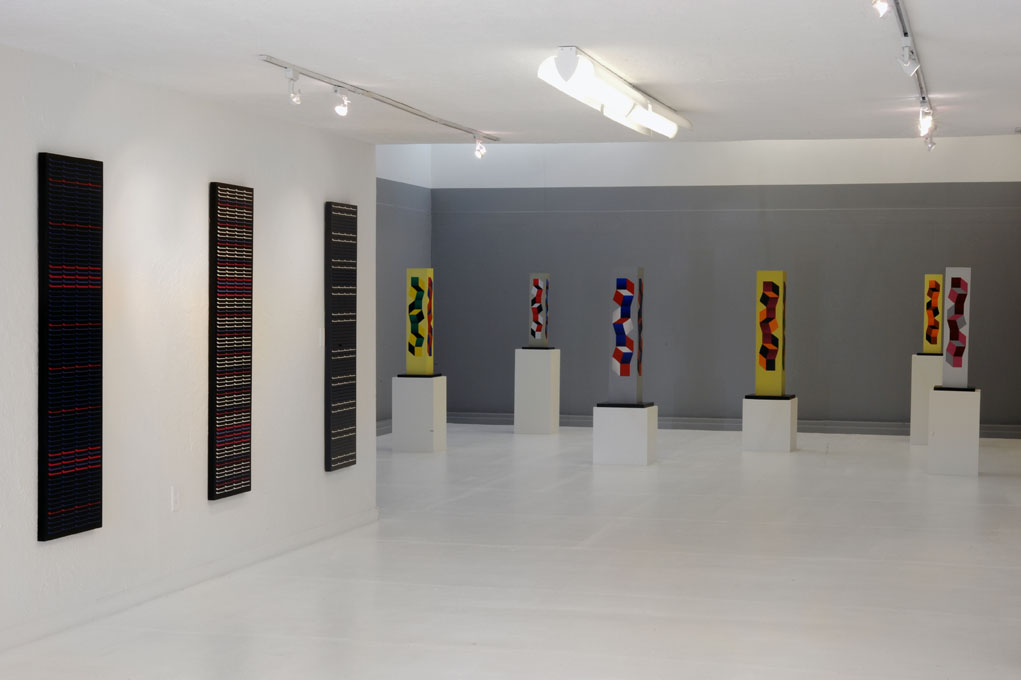 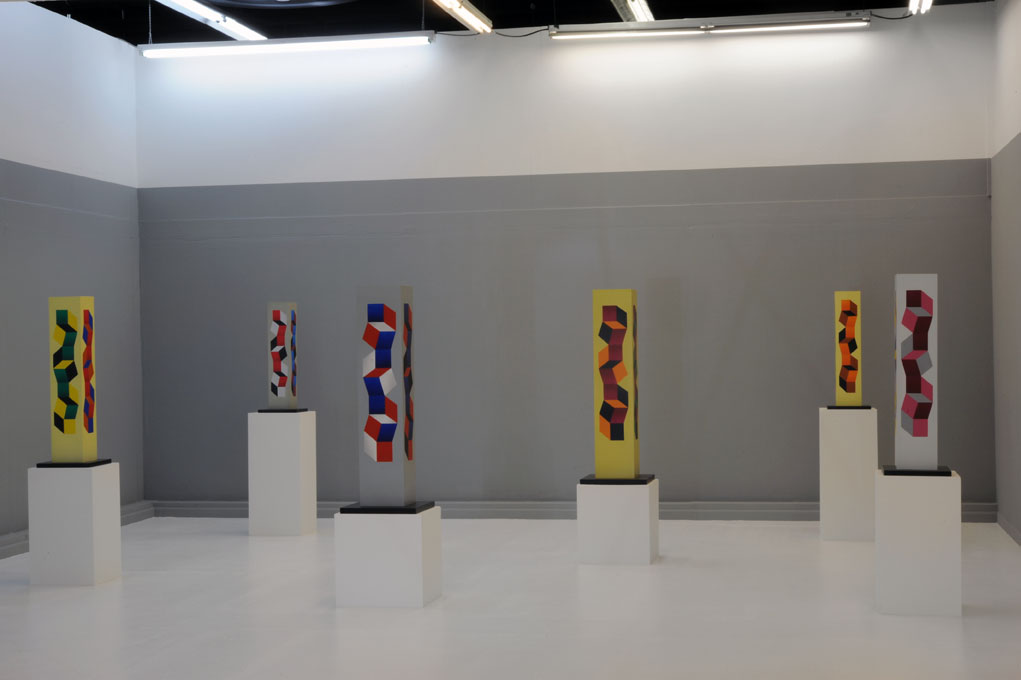